IN THE COURT OF QUEEN CHARLOTTE

“MARGRETE – QUEEN
OF THE NORTH”

LISTEN TO THE ARTICLE

Some good news from Audio: Now you can listen to our stories.

600 years before the European Union was set in motion, Queen Margrete has achieved what no man has managed before. She has gathered Denmark, Norway, and Sweden into a peace-oriented union, which she single-handedly ruled through her young, adopted son, Erik. It is no coincidence therefore that this fearless queen got a modern-day fearless queen by her own rights to head this production and we were proud to be her VFX knights in shining armor.

“Margrete – Queen of the North” premiered on September 16th in cinemas across Denmark. It was released in Sweden, Norway, and Finland and sold to other countries across Europe. We were excited when the renowned Scandinavian SF Studios called us to collaborate on an epic feature film and flat out honored to have had the opportunity of working with a true monarch of Danish filmmaking, acclaimed director Charlotte Sieling best known for the massively successful “The Bridge” and her many cameo directorial appearances on ‘Homeland’, ‘The Americans’, ‘Good Behavior’ and ‘Lovecraft Country’.

But hang on. This piece is more than a showcase of our war trophies and impressive capabilities portfolio. It packs a few powerful benefits for production companies who are willing to venture into the Polish plains.

HOW IT ALL STARTED

Coming in on the heels of our recent work with Netflix (The Liberator), Margrete QotN felt immediately at home with our agile workflow despite being a feature length film. Juice is no stranger to long-form and over the years we found it to dovetail surprisingly well with our short-form rhythm driven by commercial work and punctuated with the HBO series. The production took place during the better part of 2020 in between lockdowns and vaccination runs, with the bulk of the shoot taking place in the Czech Republic (which we had to evacuate due to Covid and return later to complete), Denmark, and Poland. Post work started by the end of October 2020 and was wrapped right before May Day 2021. We had worked efficiently across borders and several time zones with some anticipated overtime into June and minor asset work in July and October.

The culturally relevant film follows the incredible genius and inspiring courage of Margrete Valdemarsdatter. Europe had already known strong queens, but only Margaret was able to convince everyone to trust her vision and hand over ultimate power. She became a woman chosen to rule, not a woman born into a ruling family – this makes her an incredibly interesting figure for modern audiences.

The film’s director, Charlotte Sieling, and the screenwriter perfectly brought out everything that is so relevant today in the story of Margaret I – both in terms of content and the visual treatment of the environment and the characters. Themes of gender equality, power, family, parenthood, and unionism are reflected explicitly and more subtly throughout the film. Not only the plot but the making of the film are a reminder that this work isn’t done yet. It is, however, encouraging to see all the phenomenal women who partook in this production, from the director and the crew through the production and the post.

As visual knights in Queen Charlotte’s court, we were responsible for the execution of her carefully laid out, highly detailed design vision, under the talented eye of Danish VFX supervisor Thomas Dyg and Juice’s own Tomasz Dyrduła. With the creative already laid out quite well, we could really focus on our craft and on letting the artists push the limits of their abilities. Thankfully, there was no shortage of opportunities to go beyond the call of duty and pull off some remarkable visual feats. As our VFX specialist Eugene Bondar expressed, “Most people come to the VFX industry because of the chance and opportunity to work on big and exciting film projects. For me personally, being a part of making a historical movie as a VFX sequence supervisor gives us an opportunity to show to a lot of people my visual view and my thoughts. If not this, what then can inspire me the most?” 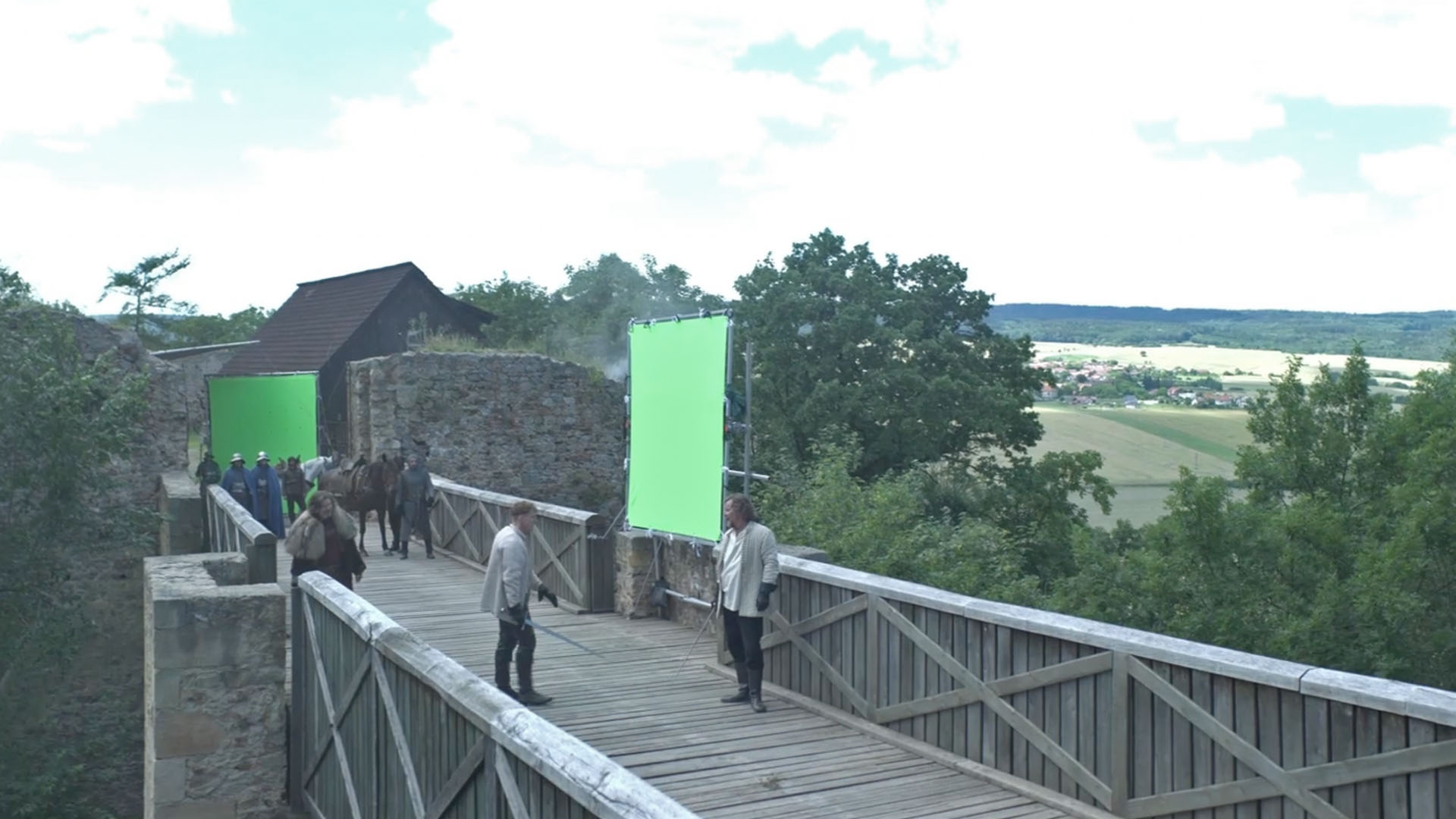 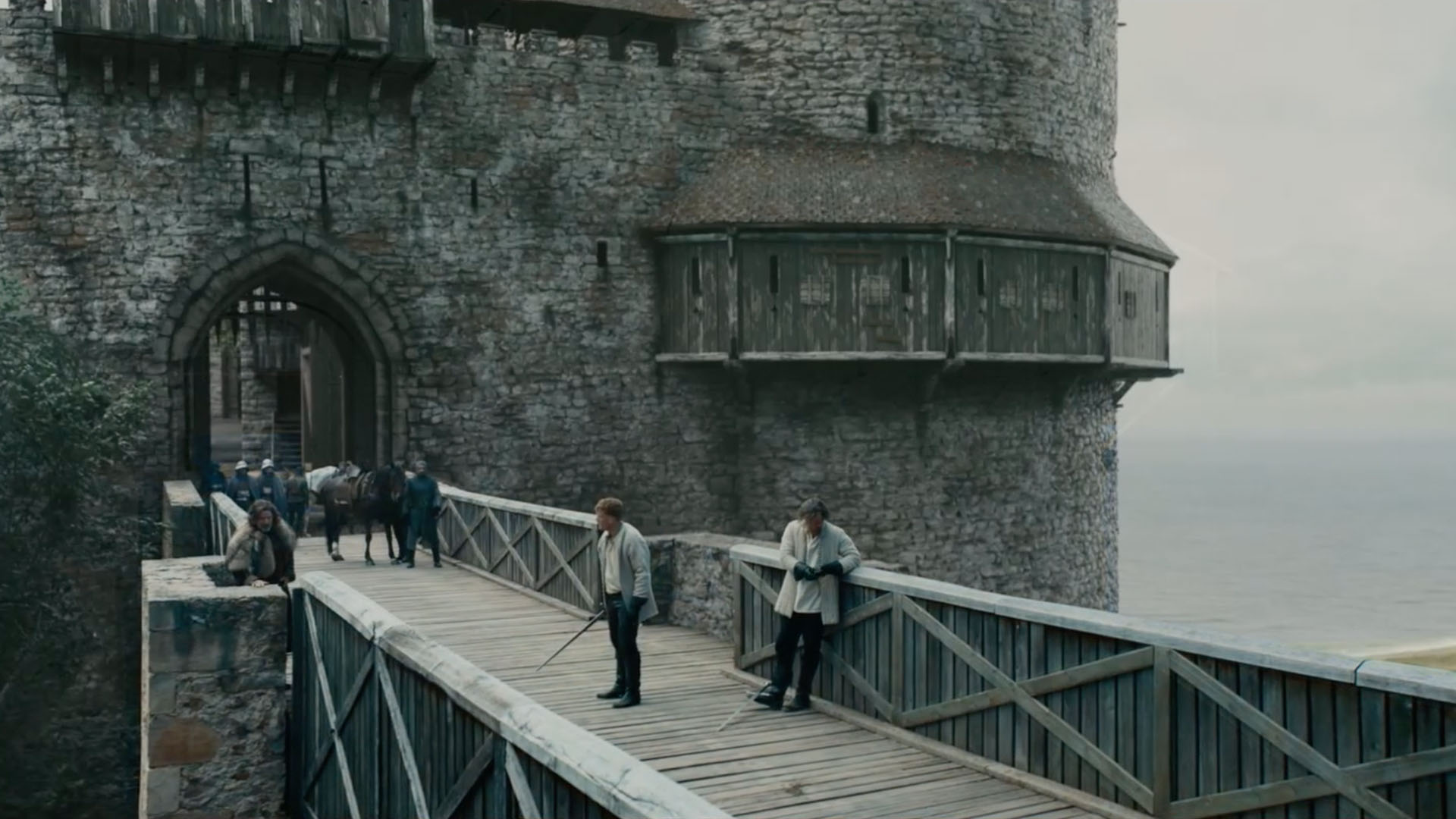 Those inspiring and challenging moments included a balcony partially obscured by real pine branches and flanked by a newly built section of the castle complete with period-accurate masonry, expansive background replacements for the hunting scene featuring wild animals, and of course the complete recreation of Queen Margrete’s home, the Kalmar Castle. To accomplish that our team took a trip to 14th-century Ogrodzieniec castle to collect references. Photos and other material from this trip actually ended up in the architecture and the texture we created for the castle. To round up the process we had to develop a new Shotgrid workflow to accommodate for longer time frames with more shots. 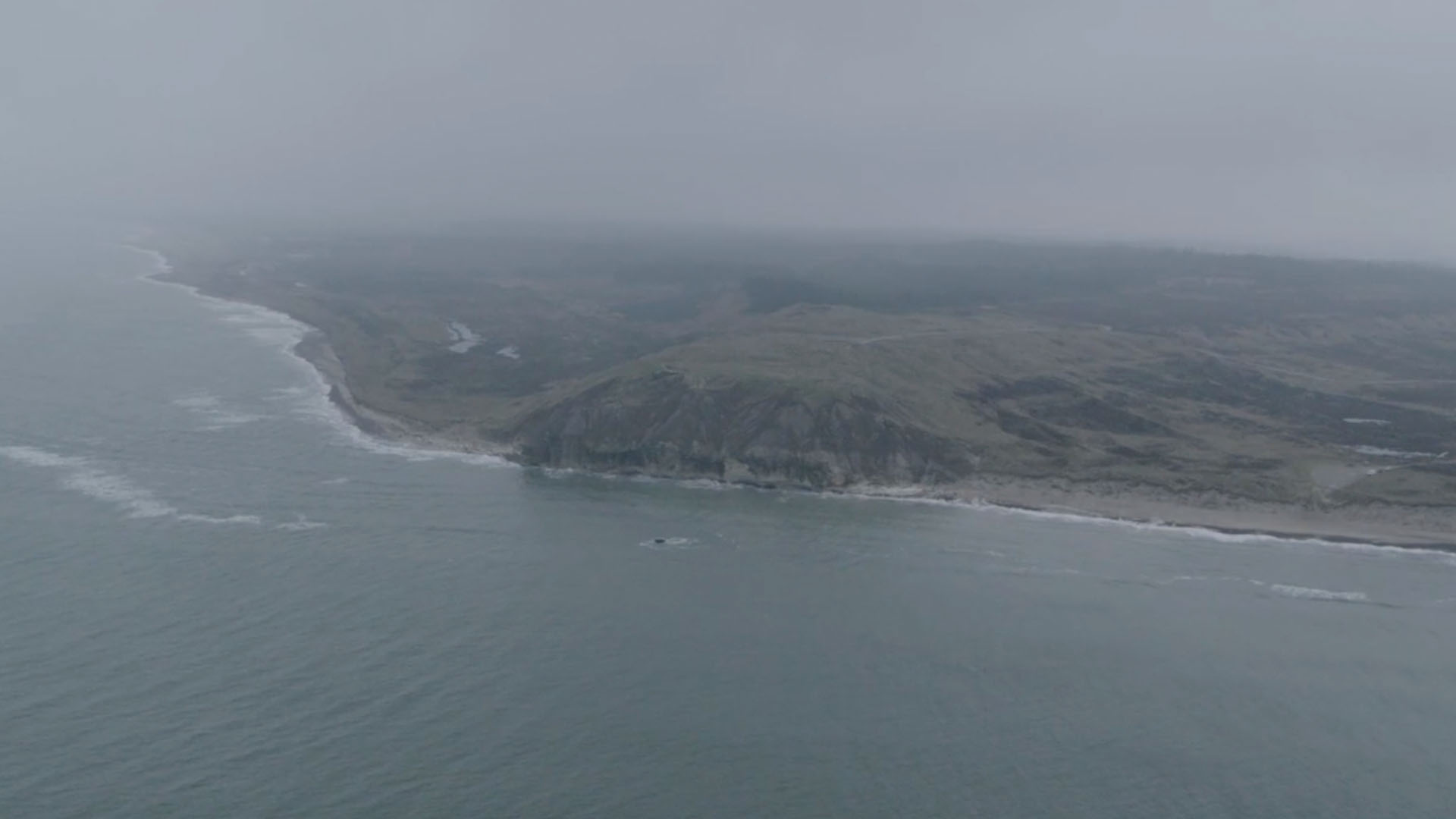 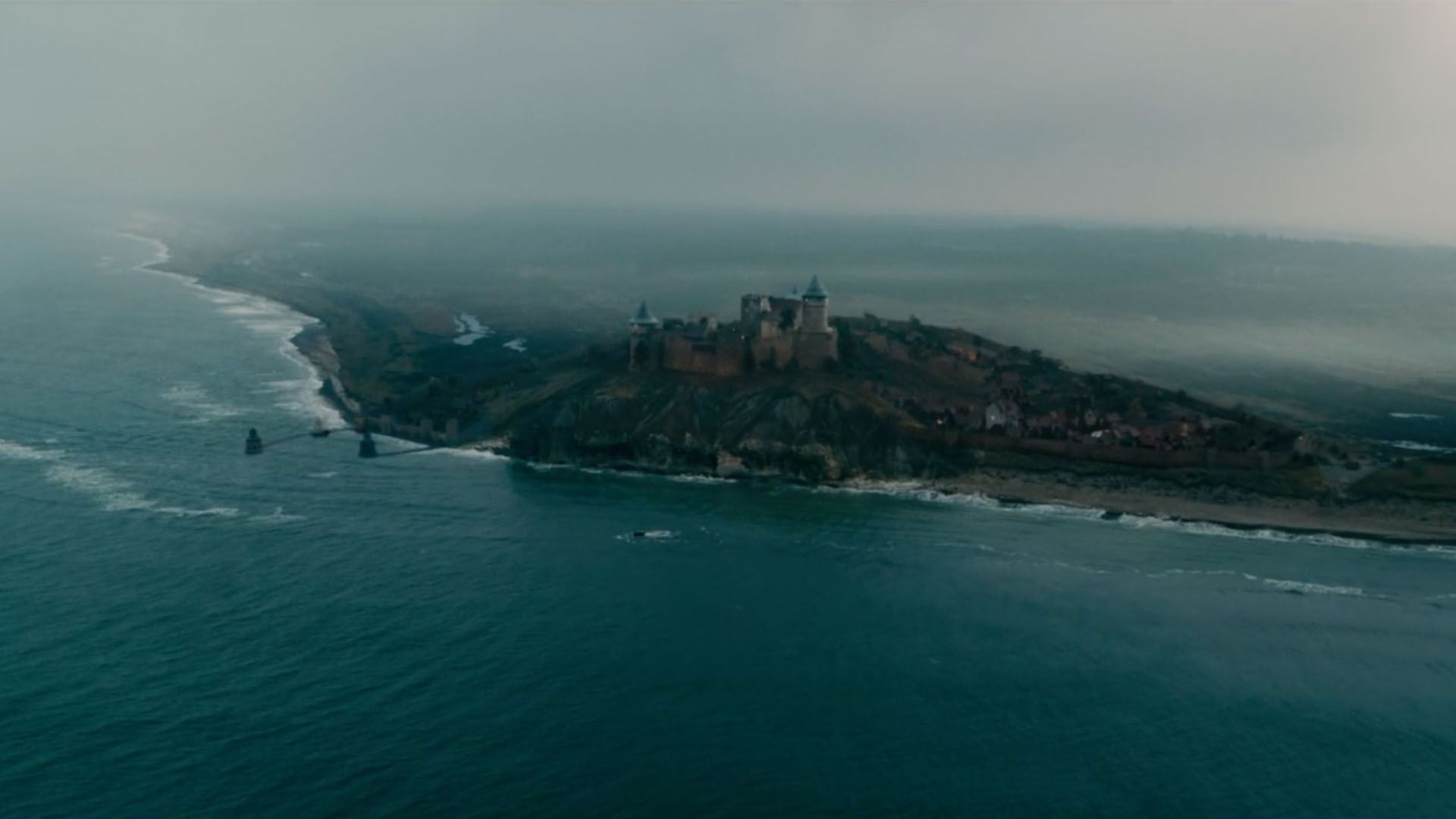 The last, but for avid CFOs certainly not the least detail, that made this production worthwhile for everyone were Poland’s generous tax rebates﻿ for motion productions. Regulated by the Act on financial support for audiovisual production these incentives offer 30% reimbursement on production costs incurred in Poland. These funds come directly from the state budget and are distributed to audiovisual productions throughout the year until they are depleted with at least 10% of the funds intended to support animated productions – which is a no brainer if you’re planning to work with Juice animators. The entire system is operated by the Polish Film Institute and encompasses feature films, documentaries and series, documentary as well as animated ones (hint, hint). The beauty is that beyond a minimum spending the only condition for foreign productions is to have a Polish partner.

“Margrete – Queen of the North” premiered on September 16th in cinemas across Denmark. It was released in Sweden, Norway, and Finland and sold to other countries across Europe.

Did we mention we make great partners?

“With Juice, we have always felt we were in the best hands. Of course, we did some pretests, but that only confirmed the chemistry was there. From the very beginning, we were on the same page with communication, taste, and general approach to how we work. Their VFX skills are excellent, they are professionals, and the cooperation was simply smooth. All of us involved in the production are very pleased with Juice team, and we would love to bring other stories to life with J.”

YOU’RE NOT DEAF, SO WHY DO YOU ACT LIKE ONE?